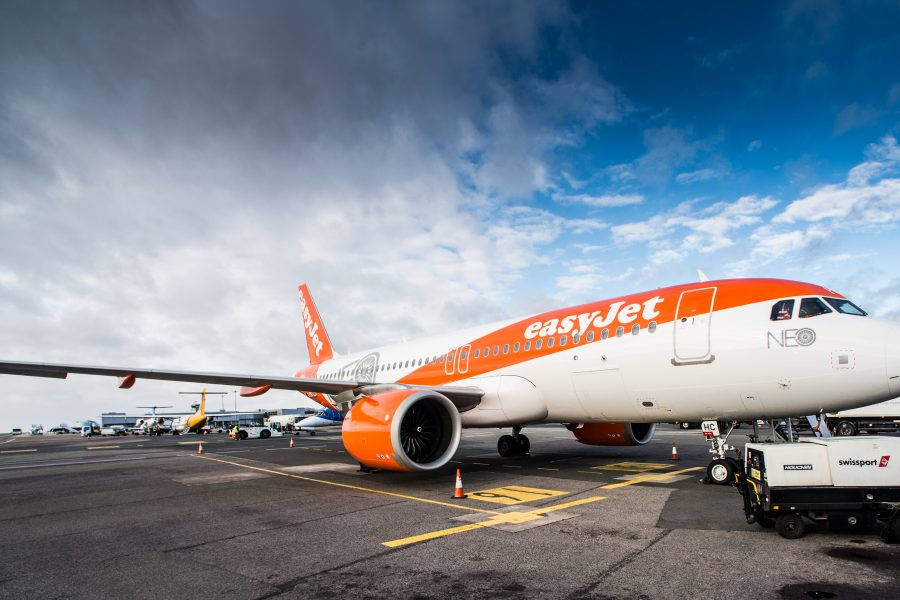 easyJet, Europe’s leading airline, is today showcasing the airbus A320neo at Bristol Airport. The neo brings significant environmental and operational benefits – up to 15 percent savings in fuel burn and CO2 emissions, and a reduced noise footprint of 50 percent on take-off and landing phase.

The quieter aircraft also crucially minimises impact on local communities. easyJet serves 65 destinations from Bristol, its biggest base outside of London, and the airline is excited to be introducing the neo to some of these routes this year, as our fleet of A320neo increases.

Since 2000 easyJet has reduced its carbon emissions per passenger, per kilometre by over 32%. Its current target is a 10% reduction from its financial year 2016 performance by 2022, which would be a 38% improvement from 2000.

easyJet’s biggest impact on the environment is its fuel consumption and the associated carbon emissions and that is why the airline is currently working on several projects with the aim of continuing to significantly reduce its carbon footprint.

In September easyJet announced that it was providing an airline operator’s perspective to Wright Electric which is developing a commercial passenger plane that runs on electric batteries. The collaboration will support their goal for short haul flights to be operated by all-electric planes within 10 years.

easyJet is working with Safran Landing Systems to trial e-taxi hydrogen fuel cell technology in the coming months in what will be a revolutionary zero emissions taxiing system for its aircraft.

Due to the high frequency and short sector lengths of easyJet’s operations, around 4% of the airline’s total fuel consumed annually is used when the airline’s aircraft are taxiing.  Once applied across its fleet of 272 aircraft, this technology could save around 55,000 tonnes of fuel and associated CO2 emissions per year. Trials will take place next year at Toulouse Airport.

This year easyJet started to operate the new generation Airbus A320neo aircraft. There will be 100 of these aircraft in the fleet by the end of 2022. These aircraft, equipped with CFM LEAP-1A engines and wingtip ‘Sharklets’, are 15% more fuel efficient than current generation aircraft.

From summer 2018 easyJet will also start to receive 30 A321neo aircraft, with 235 seats compared to 186 seats on the A320neo aircraft. This will also contribute to easyJet’s carbon reduction target by reducing the amount of fuel used to carry each passenger.

“We are very pleased to have continued to deliver a reduction in the amount of CO2 we emit and look forward to reaching our target of 77 grams by 2020. By using modern Airbus aircraft and flying them efficiently we have reduced the carbon impact of our flights by a third since 2000.

“We are delighted to be showcasing our new Airbus A320neo in Bristol today. As Bristol is our biggest UK base outside of London, we are committed to sustainable growth. We believe that within the current cap, there is still room to increase efficiency – for example by incentivising higher load factors as well as the use of modern and efficient aircraft like the Airbus A320neo.

“The A320neo is also 50% quieter during take off and landing, which is hugely important to easyJet as it minimises our impact on the local community.

“Next summer, easyJet will also introduce the 235-seat A321neo which will enable easyJet to continue to deliver growth in slot constrained airports and deliver a further improvement in CO2 per passenger kilometre”

“It is exciting to see the introduction of the A320neo at Bristol Airport.  This marks a major milestone in the latest aircraft technology being used by our largest airline partner, easyJet.

The aircraft not only delivers improvements in fuel consumption and emissions, it also reduces the noise impact to our local communities during take-off and landing phases.  As the city of Bristol is the home of Airbus it is particularly apt to see this aircraft now operating in and out of Bristol Airport.”