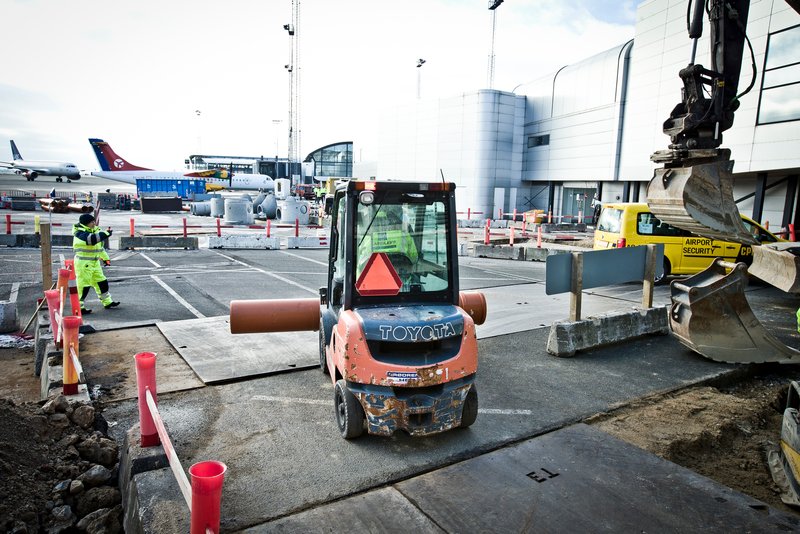 More tourists coming to Denmark and increased joy of travelling among Danes have helped to deliver good results at Copenhagen Airport for the first nine months of 2018. An average of 85,724 passengers passed through the Copenhagen terminals every single day, which is over 3,000 more than last year.

Thomas Woldbye, CEO of Copenhagen Airports A/S, says the growth in passenger numbers can mainly be attributed to international traffic.

“In recent years, we’ve succeeded in attracting a number of new long-haul direct routes, for example to the USA, India and China. New routes often mean more passengers, something that has been very clear this year, with 10.9% more passengers on long-haul routes in the first nine months. This level of growth is significant, and it’s precisely this traffic that is helping to support our position as a traffic hub and increase transfer traffic,” he explains, citing in particular traffic to North America and China.

“The number of US tourists and business travellers coming to Copenhagen has doubled in just a few years, topping a million for the first time in 2017. We expect to see an equivalent development for the Chinese market. In 2017, the airlines’ total seat capacity between Copenhagen and China was 175,000, but in 2019 this has increased by 84% to 323,000 available seats.”

European traffic grew by 3.0%, while domestic traffic was unchanged with growth of 0.1%. Total passenger numbers were up 3.7%, but there was not a corresponding increase in the number of flight operations, which rose by just 2.2%. One of the reasons for this is that the airlines have increased occupancy on many flights, meaning more seats are filled.

In April as part of our commitment to delivering the National Aviation Strategy, CPH reduced the charges the airlines pay to use the airport. Charges in general fell by 10% on average, while the feeder routes flying passengers to and from smaller, regional airports saw a reduction of 35%.  Since April, the reduction in the charges has had a negative impact on revenue of DKK 148.0 million. On a full-year basis, the reduction in charges will have an impact of approximately DKK 300 million.

“Of course, such a significant reduction in charges will also impact our financials. This has been partly offset by good growth in passenger numbers, and we’ve also improved profitability by making operations more efficient”, Thomas Woldbye explains.

Copenhagen Airport previously announced that it would significantly increase its investment level in 2018 and expected to spend up to DKK 2 billion on expanding and improving the airport’s facilities. Already this year, the airport has inaugurated a new, expanded central security checkpoint, and a walkway direct from the metro station to security and SAS Fast Track, as well as a 4,000 m2 airside expansion between Piers A and B. Building work on the brand-new Pier E, which will cover an area of more than 30,000 m2, is also under way.

“No passenger this year could have failed to notice all the building work we have going on. We’re doing everything we can to minimise inconvenience during the period, but the expansion is essential to create space for more aircraft, passengers and facilitate joy of travel. Our expansion plan is an ambitious one, and we’ve invested DKK 1.5 billion so far this year. These investments and specifically the expansion of the central security checkpoint have led among other things to reduced waiting times at security. Construction of the walkway has also created more space in Terminal 3, as passengers can walk directly to reach security and Terminal 2,” says Thomas Woldbye. He also points out the construction of the new hotel, which started early in 2018.

The first phase of construction of Pier E is expected to be in use in 2019, while the second phase will follow in 2020. Copenhagen Airport invested approximately DKK 1.5 billion in expansions and improvements in 2017, but this figure is expected to increase to between DKK 1.95 and 2.1 billion this year.

Continued growth in the non-aeronautical business

The growth in the number of passengers leads to CPH adjusting the outlook for the revenue growth, which is expected to be in the range of -0.5% to 0.5% versus previously announced decrease of 1-2%. CPH is retaining the outlook for the profit before tax excluding one-off items. In addition, CPH has adapted the range of investment level to be DKK 2,0-2,1 billion against previously announced range of DKK 1,8-2,1 billion.