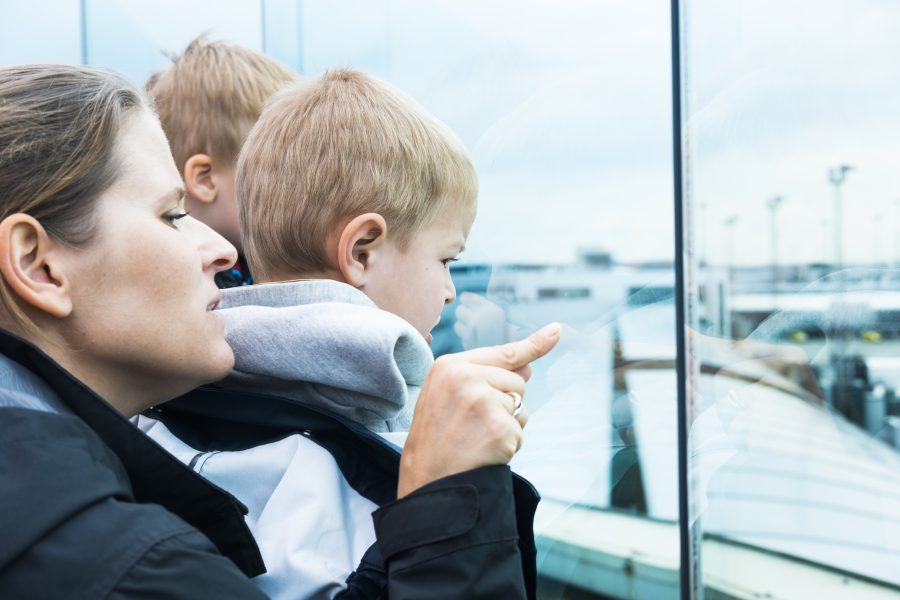 During the first three months of this year, 6.3 million passengers travelled through the Airport. Meanwhile, the Airport launched a new climate strategy and continued its expansion projects. This is evident in the quarterly accounts, which the Airport released today.

Copenhagen Airport continues to grow after 2018: a record year that saw more than 30 million travellers. During the first quarter of this year, 6,340,978 people travelled through the Airport: 1.2% more than in the same quarter last year.

It is still the long-haul, intercontinental routes that are witnessing the highest growth rates. 10.7% more passengers travelled on routes outside Europe:

“Direct connections to some of the major growth markets in, say, Asia are important, especially for Denmark’s business community. In recent years, we have added many new routes to the CPH route map, including Hong Kong, Chengdu and Beijing in China and Delhi in India. The effect is also evident in the impressive increase in the number of passengers on these routes and the increase in transfer passengers,” explains Thomas Woldbye, CEO of Copenhagen Airports A/S.

He also refers to the summer programme implemented by the airlines with the transition to daylight saving time.

“The new summer programme features 62 more routes than the winter programme, 23 of which are new. The new routes mean more travel options for Danes, while attracting more travellers to Denmark. This will be of particular benefit to the tourism industry in Denmark. It will simply make it easier for people in Southern Europe, for example, to travel here for holidays and pleasure,” says Thomas Woldbye.

In March, Copenhagen Airport launched its new climate strategy, which sets ambitious goals for the airport and airline traffic to be emission-free by 2030 and 2050, respectively.

“The first step is our decision to make the airport CO2 neutral this year. We emit just under 1 kg of CO2 per passenger. We must reduce that figure to 0 over the next decade. Until we reach that goal, we will compensate for each and every kg of CO2 by investing in projects that remove at least the same amount of CO2”, says Thomas Woldbye and continues:

“We have entered into cooperation with the international NGO, Nexus for Development. In Laos, they manufacture and distribute efficient, health-friendly cookers to the local population. The project means that the reduction of CO2 emitted corresponds to the amount of our emissions.

We have also launched a number of projects here at the airport, including more solar panel systems, new district heating stations and many other measures aimed at providing the green energy we need for running the airport in a 100% climate-friendly way,” says Thomas Woldbye.

Improved waste management also has high priority, and CPH focus on reducing the use of plastic in the terminals and the rest of the airport. CPH also focus on improving our recycling rate for waste from the daily operations of the airport and on reusing as much material as possible in the construction projects.

One example is the collection of food waste from the Restaurants and Cafés in the Shopping Centre. This waste is used for production of biogas. Another example is the reuse of asphalt from runway maintenance for construction projects – avoiding the use of new gravel.

Biggest Expansion in the Airport’s History

In 2018, Copenhagen Airport invested approximately DKK 2 billion in expansions and improvements, a level we expect to maintain this year.

This summer will see the start of the brand new Pier E with gates particularly for long-haul aircraft, a new passport control and increased space for both passengers and staff.

“In addition to Pier E, we have taken the first steps towards expanding the airport after the security checkpoint between Gates B and C. Here, we are planning 80,000 m2 with more space for passengers, a larger baggage reclaim area and facilities for the numerous companies working inside the airport. This is the largest single expansion project in the history of the airport,” explains Thomas Woldbye.

Growth in Non-aeronautical Business
The non-aeronautical element of the business, including the shopping centre and parking facilities, grew as a result of the increase in the number of passengers. Revenue in the shopping centre increased by 7.5%, which, in addition to the passenger growth, is mainly due to an increase in the number of restaurants and cafés with the completion of the Terminal 2 expansion.

Outlook
Traffic performance follows the expected traffic programme for 2018. CPH is, therefore, maintaining the expectations that were announced previously in relation to passenger numbers passengers in 2018.