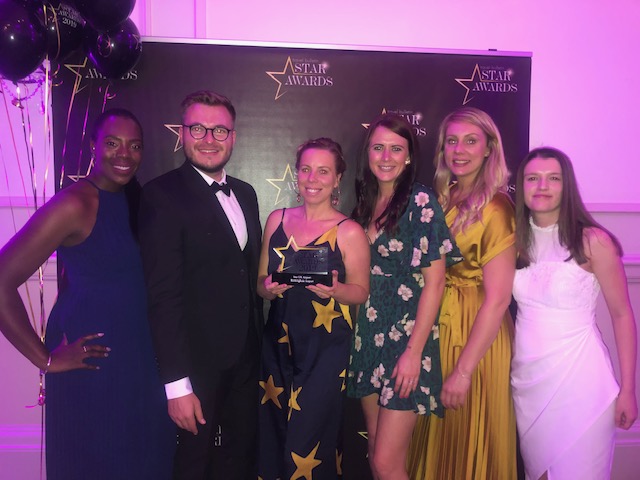 The Travel Bulletin Star Awards sees the travel industry competing for prestigious awards and Birmingham Airport was up against some of the biggest names in the business.

This is the fifth time that Birmingham Airport has won this award in the last six years and was up against strong competition from other UK airports with entries from Bristol, London City Airport, London Gatwick, London Heathrow, London Stansted and Manchester.

This award is testament to the large investment that the airport has made to improve both the journey for the customer and the infrastructure in the airport. In addition to recent developments the airport has recently launched its Master Plan which shows how Birmingham airport will grow from 13m passengers to 18 million passengers by 2030.

Tom Screen, Aviation Director, Birmingham Airport said: “I am delighted that we have won this award for the fifth time in six years. This accolade is hugely important to us as it is voted by the travel trade who listen to the requirements of our customers, selecting Birmingham Airport on the merit of its routes and customer service.

“We have the biggest travel trade team in the UK, comprising of four ‘gurus’, who cover a large catchment area to ensure that Birmingham is at the forefront of all of our travel trade agent’s minds when booking customers holidays and business trips. The teams’ hard work, and that of all of our terminal, security and operations staff, has meant that we have retained this very important award once again.”

This award comes shortly after Birmingham Airport being announced as the second-best airport in the recent Which? Annual Airport Survey.

The Travel Bulletin Awards recognise and celebrate excellence by acknowledging suppliers that have flourished over the last 12 months, providing the best products and services to travel agents nationwide.

The voting was conducted exclusively by high street, online and home-based travel agents.