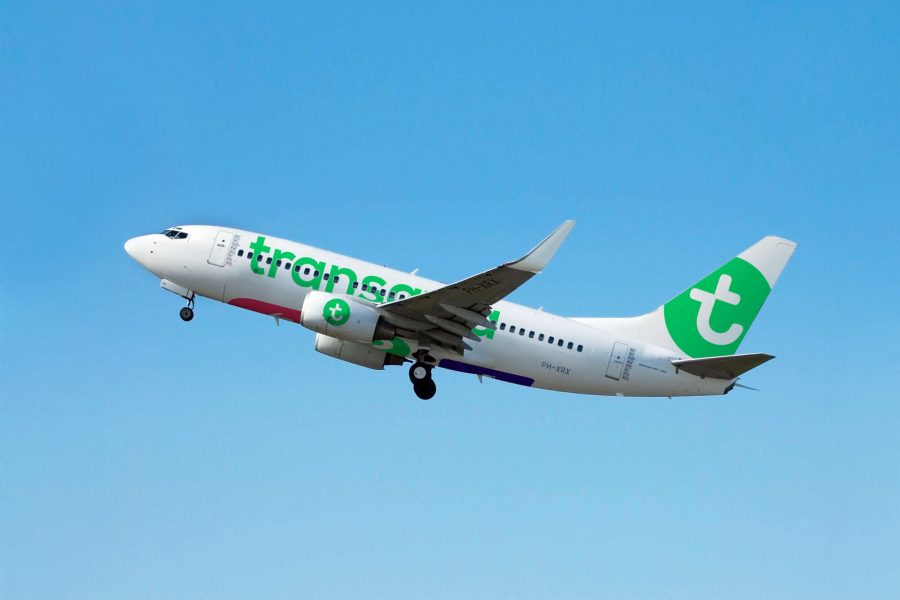 The Dutch airline Transavia will start flights from Brussels Airport in the 2020 summer season. The carrier will serve 9 destinations from our airport, totalling to 28 flights per week. With destinations mainly in the Mediterranean, Transavia hopes to attract both Belgian passengers and passengers from the south of the Netherlands, as well as bringing more tourists and other visitors to Belgium.

Brussels Airport is to welcome the Dutch airline Transavia as of the coming summer season. The carrier will serve a total of 9 destinations from Brussels Airport starting on 30 March, mainly to the Mediterranean. The destinations are Alicante and Ibiza in Spain, Verona in Italy, Corfu, Heraklion and Thessaloniki in Greece, Faro in Portugal, Tel Aviv in Israel and Agadir in Morocco.

Transavia belongs to the AIR FRANCE KLM Group and transports over 15 million passengers to more than 110 destinations each year. The airline has been active for more than 50 years with both scheduled flights and charter flights in Europe and North Africa. Transavia has 6 bases in Europe: Amsterdam, Rotterdam/The Hague and Eindhoven in the Netherlands, and Paris, Nantes and Lyon in France.

Tickets for Transavia’s scheduled flights from Brussels Airport are available from the Transavia website starting today.