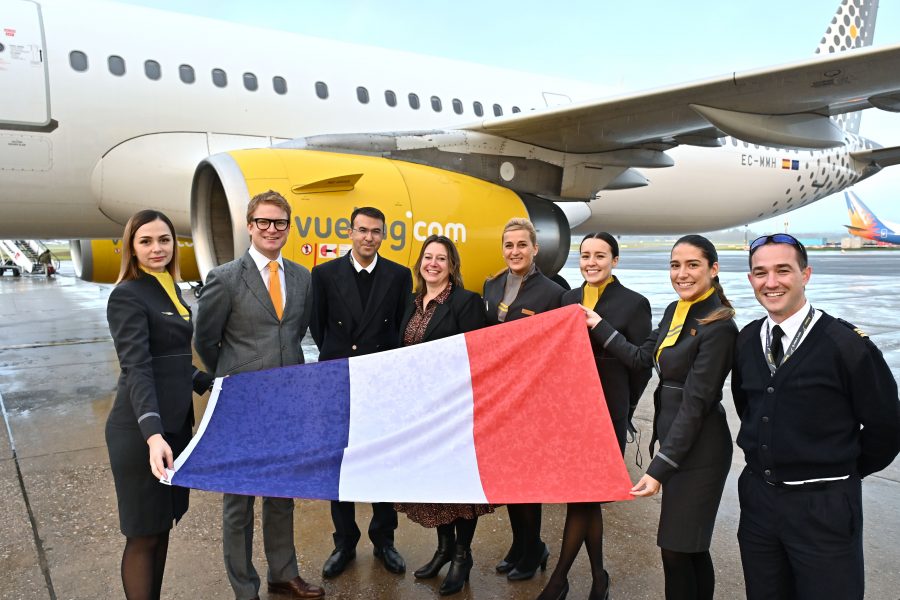 Flights will operate each Monday, Wednesday and Friday, offering direct connectivity to this central Paris airport. Flights arrive at Birmingham from Paris Orly at 0720 and depart Birmingham at 0805 using a 220 seat A321 aircraft.

This is Vueling’s second destination from Birmingham, complementing its existing service to Barcelona which operates four times weekly.

Tom Screen, Birmingham Airport’s Aviation Director, said: “Paris is a very popular business route for the Midlands so this new Orly service will give our region’s businesses direct access into the heart of France’s capital with a carrier that offers affordable prices and great service. We are incredibly pleased that Vueling, an IAG member, has committed to this new route, adding to its existing Barcelona service.”

Flights can be booked now via vueling.com.

Carolyn Prowse, Chief Commercial, Strategy & Network Officer, said, “I am delighted to be here, and coming home, to celebrate Vueling’s first flight between Birmingham and Paris Orly.  Our goal at Vueling is to continue to contribute to the recovery of travel as well as to offer new opportunities for both business and leisure travellers.  We know that people want to travel, and this exciting new destination from Birmingham, is precisely in line with our goal. Vueling has offered low fares to Barcelona from Birmingham since 2015 and now customers have great value fares to Paris as well.”