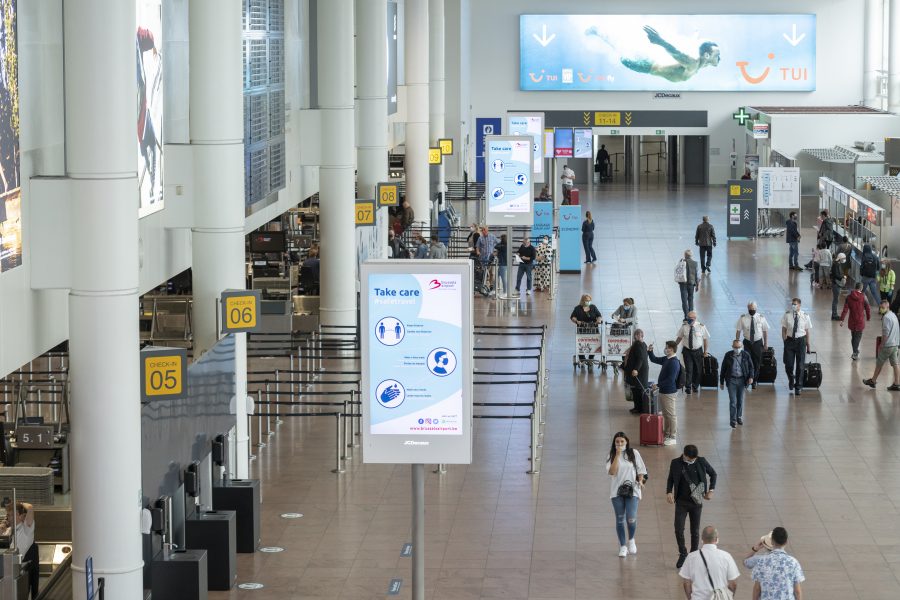 In the month of March, more than 1.1 million passengers chose Brussels Airport, an increase of 500% in comparison with March 2021 and a decline of 44% compared to the same month before the Covid crises (2019). This makes the month of March the best month of 2022 so far. The flown cargo volumes have remained stable compared to last year (+0.1%), the trucked volumes on the other hand saw a decline of 13%.

Passenger traffic: an increase of 504%

In March, Brussels Airport welcomed 1,128,791 passengers, that is no less than six times as many as in March 2021 (187,000 passengers) when non-essential travel was still banned, and a decline of 44% compared to March 2019 (nearly 2 million passengers). The Easter holidays have not yet had an impact on the figures for March, since the holiday exodus only began on Friday 1 April.

The share of transfer passengers is 14%, which is 4 percentage points lower than in 2019 due to the strong increase in local outgoing traffic and the decline in the number of transfers between the European destinations.

In March, the total cargo transport at Brussels Airport decreased slightly by 3% compared to March 2021. The air cargo volumes remained stable with +0.1%. The full-cargo segment showed a decline of -10% while belly cargo rose by 81.4% due to the increase in the number of passenger flights. The express services saw a decline of 10% due to the weakening growth of the e-commerce market in Western Europe and the temporary shift of DHL flights to other regional hubs. The trucked volumes declined by 13%.

Asia remains the largest export region and is the second largest region for import. Africa is, for the second consecutive month, the largest import region, with volumes that are 30% higher than last year.

In March, the milestone of 1 billion handled Covid-19 vaccines was reached at Brussels Airport. Since the start of the worldwide distribution of vaccines in November 2020, Brussels Airport has been the preferred hub for this important and delicate pharma transport.